3 Things You Should Know About Summer Solstice

The summer solstice is going to be happening in just a few weeks, but many people do not realize the meaning or origins of this event. The summer solstice has been celebrated for thousands of years. It is commonly referred to as “the longest day of the year,” but this is not all that happens during the summer solstice.

What is the Summer Solstice?

According to astronomy, a solstice happens when the tilt of a planet is most inclined towards the star it rotates around. This means that the summer solstice occurs when the Northern Hemisphere is pointed as far towards the sun as possible during its yearly rotation. In the summer solstice, the Northern hemisphere experiences the most hours of daylight during the year, and summer officially starts.

Why Do We Have Longer Days in the Summer?

During the time around the summer solstice, the days are very long. This happens because the northern half of the Earth has tilted towards the sun, so it spends more time in the sunshine each day. Meanwhile, the farther half of the Earth has tilted away from the sun. Meaning that in certain places, like Australia, they will experience darker days and cooler weather during the summer solstice. However, if you travel far enough north during the summer solstice, the sun will appear to travel around the horizon instead of setting each night because the days are so long.

Where Does the Phrase “Solstice” Come From?

The name, “solstice,” comes from the Latin language. It is a combination of “sol,” which means sun,” and “Sisto,” which means “I stand still.” Therefore, the basic phrase used to refer to the longest day of the year means “the sun stands still.” A solstice was called this by the ancient Romans because the day was so long that it seemed like the sun was practically standing still in the sky for most of the day.

Enjoy the long summer days in Austin, TX without worrying about your plumbing. Call S & D Plumbing today to learn more about how we can meet your summer needs. Water Slab Leak Detection SpecialExcludes capping and re-testing, first hour only. $299 Expires 12/31/2022
*Coupons & special offers cannot be combined with other offers. Valid toward standard pricing only. Limit one offer per household. Coupon must be presented prior to starting job.

Main Line Drain Cleaning Special
Includes a 50-ft auger through cleanout & complimentary camera inspection. $149 Expires 12/31/2022
*Coupons & special offers cannot be combined with other offers. Valid toward standard pricing only. Limit one offer per household. Coupon must be presented prior to starting job.

For Military Members, Veterans & First Responders $75 OFF Expires 12/31/2022
*Coupons & special offers cannot be combined with other offers. Valid toward standard pricing only. Limit one offer per household. Coupon must be presented prior to starting job.

Request Service
Your Promotional Selection Has Been Applied! Family-owned & operated is how we roll, Mascots included!

Trust our experts to provide the cost-effective plumbing solutions you need — always backed by a 100% customer satisfaction guarantee!

How We Work 3 Simple Steps To Peace Of Mind 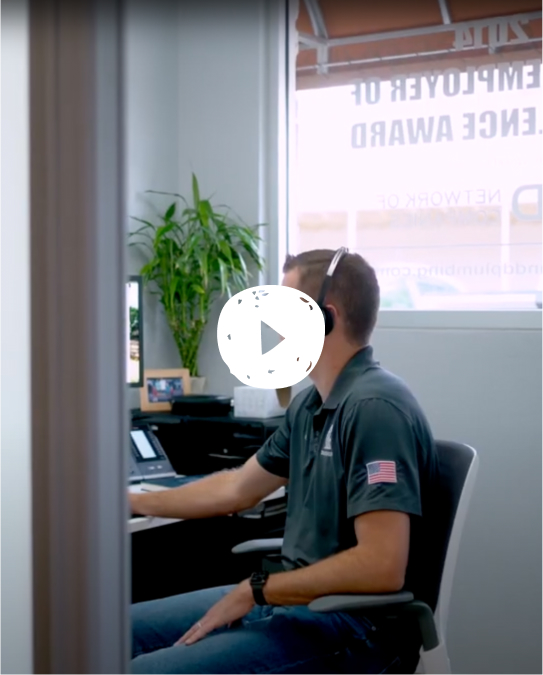